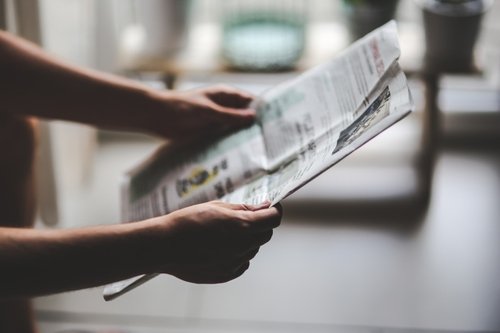 Six as-yet unidentified aerospace companies have expressed strong interest in coming to the Charlotte North Carolina region. Some may announce their plans here at Paris.

“We expect to see an increase in capacity and production and new interest in the region,” said Vanessa Goeschl, SVP, marketing and research, for the Charlotte Regional Partnership. Current growth is mainly among those aerospace companies already in the region.

The 10,000-sq.-ft. Okuma America Aerospace Center of Excellence, a machine tool manufacturer and testing facility for advanced CNC machining technology, has been adding business and employees since opening in December 2014. Okuma is testing new lightweight machine tools for aircraft manufacturers and Tier 1 and Tier 2 suppliers. It supports Boeing’s manufacturing efforts at plants in North Charleston, South Carolina and Washington State.

Shelby-based Ultra Machine & Fabrication Inc., is now owned by Universal Manufacturing of Lincoln, Nebraska. A number of the employees were laid off initially, but rehired following the change in ownership. Plans are to expand the operation and boost employment by 150 workers. At one time, the operation relied solely on defense contracts for armoring military vehicles, but that source of revenue diminished following defense budget cuts.

Elsewhere in the State, GE Aviation, which in mid-October 2014 opened a new $126 million composites factory near Asheville, continues to grow. The facility is the first in the world to mass-produce engine components made of advanced ceramic matrix composite (CMC) materials and is building a high-pressure turbine shroud for the LEAP engine, powerplant for the new Airbus A320neo, Boeing 737 MAX and COMAC C919.

The one piece of bad news over the last year involved Turbomeca Manufacturing, the division of Safran Turbomeca USA, which closed its engine parts plant in Monroe, eliminating 112 jobs. The downsizing, which also included the shutdown of a research and development center in the UK, was due to competitive pressures, according to the company. Turbomeca’s plant in the Dallas-Ft. Worth area continues to produce helicopter engine parts.

Goeschl said the University of North Carolina-Charlotte, NC State, North Carolina Agricultural and Technical University, as well as Clemson University in South Carolina, have bolstered their engineering and aerospace programs to help support the growing aerospace business in the Southeast.

NC Aerospace, a new non-profit formed to strengthen the aerospace sector throughout the State, is helping develop and train people in various aviation trades. The association’s goal is to develop “a pipeline of talent,” according to managing director Penny Whiteheart, who said that the association is helping bolster training in trades such as bonding, welding, and assembly, precision machining, semiconductors and fabrics.

As aerospace businesses expand in the region, so too does American Airlines’ second largest hub, Charlotte Douglas International Airport. The Charlotte City Council formed a task force on how to best use a large tract of undeveloped land near the airport, with the aim of attracting aviation-related businesses. This project is in addition to the ongoing expansion efforts at Charlotte Douglas. A USD30 million terminal expansion continues, which includes new concourses and a 7,000-slot parking surface and rental car area. Over the next seven years, the airport plans to widen roads to the upper and lower levels of the main terminal, and build pedestrian sky bridges and underground walkways that connect the terminal with the parking facilities.

Expansion plans also include a fourth parallel runway to help with projected growth. The primary beneficiary of another runway would be American Airlines, which accounts for most of the traffic at Charlotte.

Charlotte Monroe Executive airport, which is 35-minutes away by car from the commercial airport, opened its new U.S. Customs facility this spring.

More than 120 aerospace and aviation related firms have operations in the Charlotte industry cluster, among them BAE Systems and UTC Aerospace Systems, which in 2013 moved its entire operation to Charlotte.

With a network of highways, airports, the close proximity to the Port of Wilmington, and anchor companies like GE Aircraft Engines – Wilmington, the region is poised for growth in the aerospace sector.